This is Pablo Raster’s music collection on Bandcamp. Start your own! 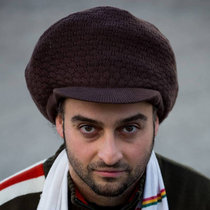 edit profile
share profile
Pablo RasteR is a musician, singer, producer. He has produced dozens of albums and played more than 1000 concerts in Italy and Europe.

your name
location
searching (displayed: ) (no location shown)
link to your website or blog
about you

by
pre-order buy now you own this · send as gift · · wishlist in wishlist
.
/